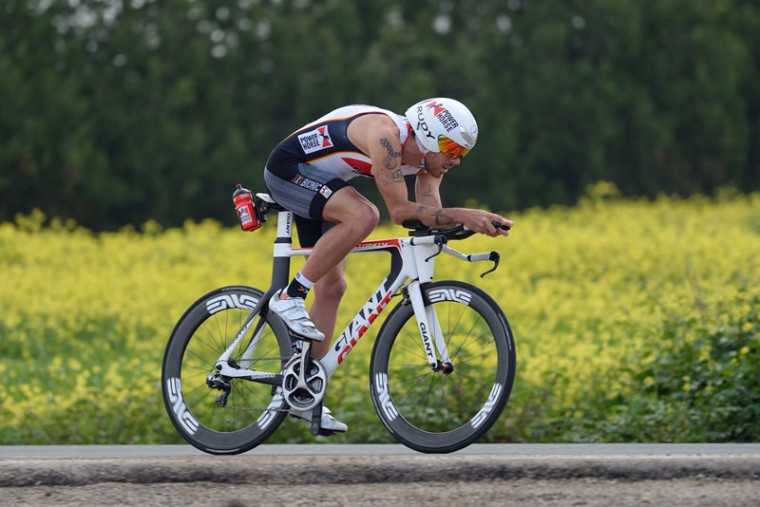 For years now the Heinerman Triathlon Festival in Darmstadt is a fixed date in the race calendar of Horst Reichel: On Sunday (July 29th) he will give it all to claim his sixth victory and also to put an end to his recent small streak of bad luck. Niclas Bock on the other hand will put on the race suit of his POWER HORSE Triathlon Team and fight on Sunday for a place on the podium.

We must admit, the last weeks, characterised by some minor setbacks, especially his pulling out of Challenge Kraichgau, left their mark on Horst Reichel. Nonetheless he has been training hard and is about to return to races in style. He chose the long-established Heinermann Triathlon to test out his current form. He has won no less than five times this Olympic distance race, which he knows by heart: "I am really excited and looking forward so much to compete again. I will give it all and see how far I can go. The lessons I learn from this race will help me in my preparation for Ironman Sweden." The race right in the heart of Darmstadt means a great deal to Reichel, a native of Darmstadt, and so he will be awaiting impatiently the starting signal on Sunday.

At Chiemsee Triathlon, where Niclas Bock will be on the starting line, the triathletes will have two swim two kilometres, race 80 kilometres on the bike and finally run a half marathon: "I am convinced that I will be able to deliver on Sunday. I feel well prepared for the race at Chiemsee. There's no need to hide from my competitors. I hope we will fight it out in the open and that whoever wins will have given it all."