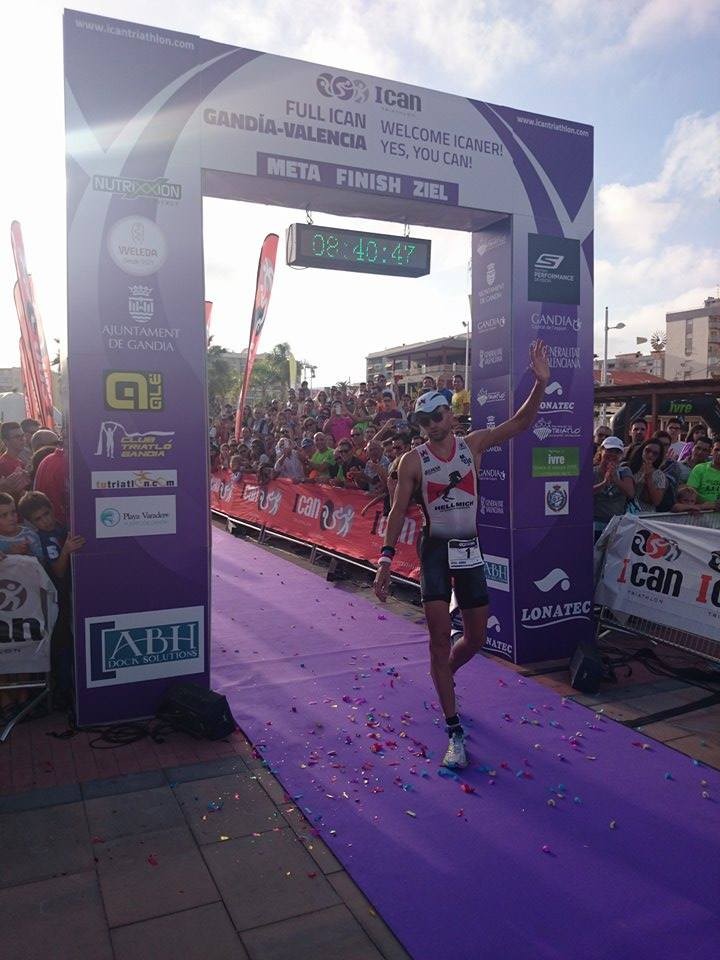 Even though victory was at his reach, George Potrebitsch was satisfied with the third place he took at the long distance race of ICAN Valencia. After being in the lead for quite some time, he was made to suffer in the marathon, reaching the finish line after 8:40 hours. After three long distance races in 2014, Potrebitsch will enjoy a well-deserved break to regenerate.

Before the race, the POWER HORSE athlete promised "to give everything" and to "fight for victory". Action followed his words and together with the lead group he left the water after 3.8 kilometres. After a very rapid transition he really started to set the pace on the bike. After the first of three laps Potrebitsch had already secured himself a comfortable lead which he expanded furthermore on the remaining 120 kilometres. With a total racing time of 5:20 hours he reached the second transition zone and it seemed that victory was a mere formality.

Nonetheless, the final 42 kilometres turned out to be the decisive stage to victory. Little Georg fought and gave it all to secure the top place on the podium. In the end it was the hot summer weather that made life difficult for him. His favourite race conditions are after all lots of wind and low temperatures. ICAN Valencia was after Ironman South Africa and Challenge Amsterdam-Almere his third long distance race in 2014 and so Potrebitsch is looking forward to spend a few relaxing and well-deserved days with his family.