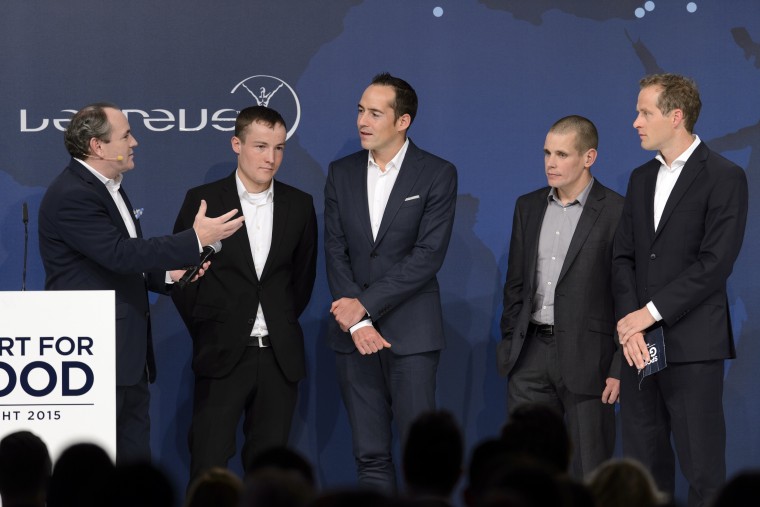 TEAM SPORT FOR GOOD on a Laureus Mission in Berlin

On Wednesday, November 11th 2015, the SPORT FOR GOOD NIGHT was held in Berlin. On occasion of this event a media prize was awarded to distinguish outstanding journalistic contributions that present effectively the concept of LAUREUS SPORT FOR GOOD. In front of about 300 invited guests from the world of politics, business and sports at the Grand Hyatt Hotel Berlin, the athletes of TEAM SPORT FOR GOOD presented the honours award in the category "Social Media" to Glücksbärchen-Berlin. According to the voting of the community it was their video clip that showed best the effects of team spirit.
Timo Bracht, who spoke to the winners, representing all the members of his team, was enthusiastic about the event and the commitment of the foundation: "We still are young members of the Laureus family and besides it's not every day that we stand on a stage like this. It was a fantastic experience, especially seeing at first hand the achievements of the project work of the foundation."
Julian Beuchert, Horst Reichel, Jan Raphael and Timo Bracht could convince themselves of a special project that very afternoon. In their visit of the Laureus project "KICK IM BOXRING" the athletes got an impression of how focussed and successful the promotion of sport projects can be.
"It is so impressive to experience the joy and the motivation of these young kids and to see how team spirit, fair play and discipline can change their lives", Horst Reichel said. He was introduced by the young athletes to the basic techniques of boxing. "Now we feel even more encouraged as far as our mission with TEAM SPORT FOR GOOD is concerned", nine times Ironman champion Timo Bracht added.
KICK IM BOXRING presents alternatives to children and young persons at risk at social blackspots in Berlin: the medium of boxing and the power of this sport helps them to break the cycle of violence, lack of perspective and delinquency.
"Our aim is to encourage the values of fairness, respect, tolerance and also conflict skills in children and young persons. We allow young people to take over responsibility for themselves and others and to thus become role models for their respective environment", project manager Tom Jansen confirmed.
"It is especially due to his incredible commitment that we could succeed in making the world a better place with sport and to make the mission of Laureus come true", Paul Schif, managing director of the Foundation Laureus Sport for Good, praised the work of Tom Jansen, who was awarded on Thursday with a prize in the category of "Integration". 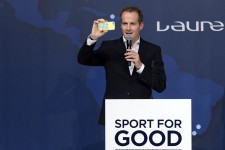 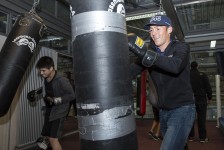 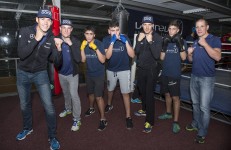