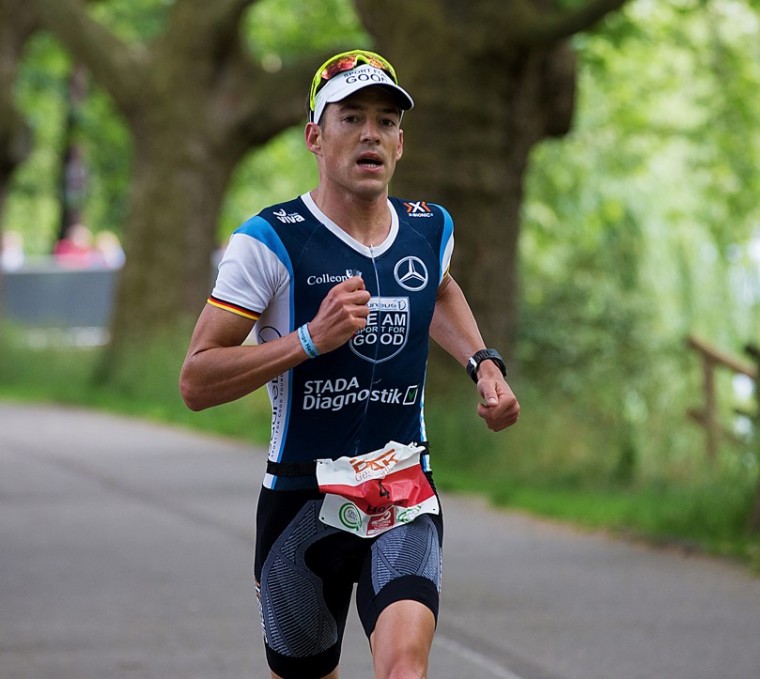 Horst Reichel finishes third in Heilbronn after a very impressive run, whereas Bracht retires from Luxemburg after a technical defect.

• Timo Bracht did not finish Ironman 70.3 in Luxemburg due to a technical defect

Challenge Heilbronn, also German Middle Distance Championship, was the first highlight of the season for Horst Reichel. Due to the high tide of the Neckar River, swimming was replaced by a 5 kilometre run. "The first run was extremely fast and that turned the race right from the beginning to a tactical challenge", Reichel said about the first discipline. "On the bike, too, some of the boys were going really fast right from the first metre. I tried to focus on myself and stick to my original strategy. That worked out just fine and so I began the half marathon in good shape", the TEAM SPORT FOR GOOD athlete declared. The triathlete from Darmstadt had planned to rely on his strength on the run course and to make smart use of his experience. "During the run I was feeling really well and could go faster and faster. I ran constantly fast and on the last five kilometres I really accelerated. At the end I missed the second place by just 10 seconds, but I'm super happy with third place."

The youngest athlete of the team, Julian Beuchert, also had a very good day and finished the race on twelfth place over all. "My goal was to win the German championship in my age group and to make life difficult for the professionals. The latter did not work so well, but nonetheless I am happy with my race", Beuchert analysed his race.

On Saturday already, Timo Bracht raced at Ironman 70.3 Luxemburg. Lying in second place he had to abandon the race due to a broken chain. "Luck was not on my side today, it was definitely one of those days. But that's also part of our sport."

Team Ambassador and diabetes athlete Mario Hentzel raced that weekend at the City Triathlon in Erding, finishing fifth in his age group. "Unfortunately it wasn't my weather today. I prefer warm and dry weather, I don't like cold and wet conditions. Nonethless, I am satisfied."