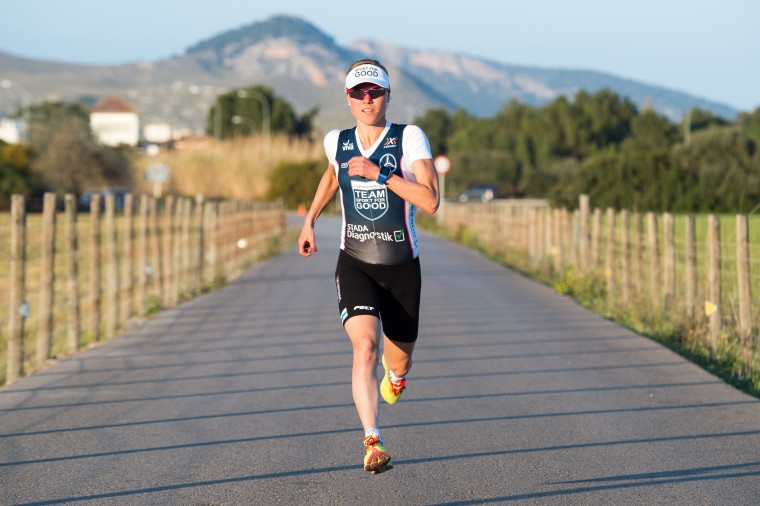 As many as five athletes of TEAM SPORT FOR GOOD will be facing middle distance races this Sunday. While the Finn Kaisa Lehtonen together with Julian Beuchert and Manuel Reuter will be competing for the European crown at Ironman 70.3 in Wiesbaden, Timo Bracht and Darby Thomas will race at the first edition of Challenge Turku in Finland.
Kaisa Lehtonen, the winner of Ironman South Africa in spring, considers the race in Wiesbaden as the start of her final preparation for Ironman Hawaii. "I have raced a few times in Wiesbaden already and I like especially the demanding bike course. I have done quite a lot of basic and strength training in recent weeks, so I am really looking forward to testing my shape on Sunday in an incredibly strong field."
Julian Beuchert won the German championship at Challenge Heilbronn and is looking forward to defend also his European title. "After Heilbronn I have done quite a lot of work on the bike to be able to set the pace on Sunday. I really hope to be able to pursue my big goal of the triple consisting of winning the German, the European and the World Championship."
Team Ambassador Manuel Reuter is also competing at Wiesbaden. Having won the European title in 2012, he hopes to be on the podium again in his age group.
With Timo Bracht and Darby Thomas, two athletes who had been on the podium of last year's edition of the Turku Triathlon Weekend will be competing again at Challenge Turku.
Just as is the case with Kaisa Lehtonen, this weekend's race will be the kickoff of the final preparation of the nine times Ironman winner Timo Bracht for Hawaii. The Team Sport for Good athlete is expecting a very special race in the far north. "I am really looking forward to this race as I have many Finnish friends. Besides it's a very scenic place. After my second place last year I am really excited about racing again against Darby and last year's winner Henrik Goesch."
For Darby Thomas, who lives in Turku, it is a real home race and he is determined to take advantage of that. "When do you have the opportunity to wake up in your own bed in the morning of an international race?! That is a real privilege for me and I am determined to put on a good show after my disappointing race at Ironman Zurich."