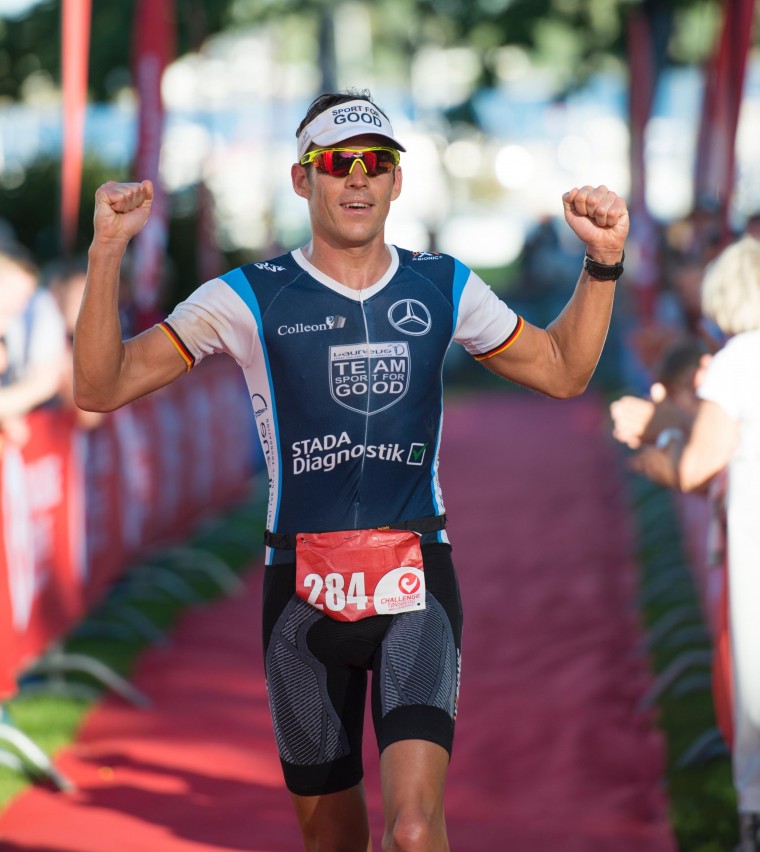 Already at the beginning of the week in Austria it looked as if athletes would be in for temperatures beyond 30 degrees. Indeed, ideal conditions for Kaisa Lehtonen to submit herself to a hard test for Ironman Hawaii.

Swimming was not perfect for Lehtonen and she lost almost three minutes on the fastest swimmer, Kate Comber from Great Britain.

Yet from the first kilometre on the bike, Lehtonen managed to reduce the gap to Comber, taking the lead after 60 kilometres. With the fastest bike split of the day she was the first female athlete to reach transition zone at the Lake of Zell. "I felt strong right from the beginning and kept a fast and steady pace throughout the 90 kilometres. The scenery is absolutely beautiful here and that helps you forget the pain", the TEAM SPORT FOR GOOD athlete described the bike leg.

During the run, the Finnish athlete made sure that no one but her would win the race. "It was a very hard run because it was so hot. Yet I tried to cool myself down and keep to my rhythm. To win with the fastest half marathon split in Zell am See makes me feel very happy. I feel very positive as far as the last weeks of my Kona preparation are concerned."

Six days after his DNF at Ironman Copenhagen, Horst Reichfel returned to the starting line of Challenge Tonsberg, absolutely determined to perform well. "The last week has been an emotional rollercoaster for me. After dropping out at Copenhagen, I felt quite demoralised. So I wanted to prove to myself that the hard work in recent weeks had not been in vain."

And Reichel did just that, showing an almost perfect race. After the swim he was fifth and managed to make up two places on the bike. With one of the fastest running splits of the day he managed to cross the finish line in second place behind Filip Ospaly.

"Unfortunately at kilometre 75 I took a wrong turn with the Dane Thomas Strange. We were both in the lead at that point and in the end we lost almost three minutes. That really is a shame because in the end I was just 2:30 minutes behind Filip. If we had not got lost, I would have given him a hard fight for first place. Nonetheless I am very happy with my performance and the race and am really looking forward to preparation for Ironman Mallorca at the end of September."